I have not been a frequent visitor to the Missouri Botanical Gardens this summer. I don’t care for the crowds the Gardens attracts during the “tourist season”. Though the number of people was still a healthy size yesterday, they also reflect the more easy going nature of the “off-season regulars”.

The Gardens seem especially nice this year. Everything was healthy, lush, and the proper color, most likely due to this being the wettest year on record (to date) for St. Louis. 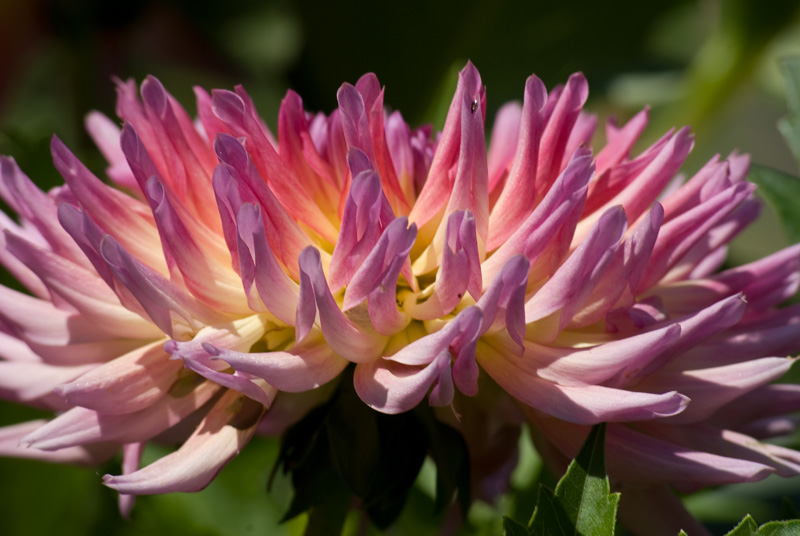 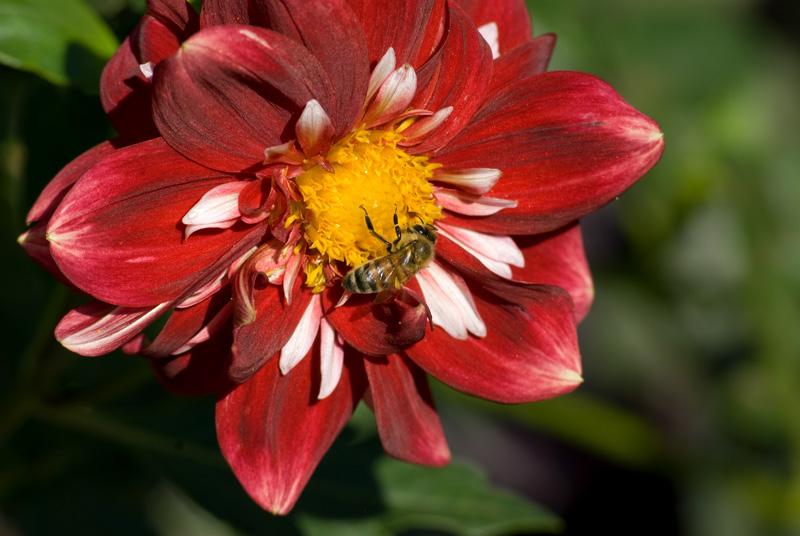 It’s too early for the Monarchs; we should be seeing them in the next couple of weeks. However, there were plenty of Cabbage Whites and Painted Ladies. 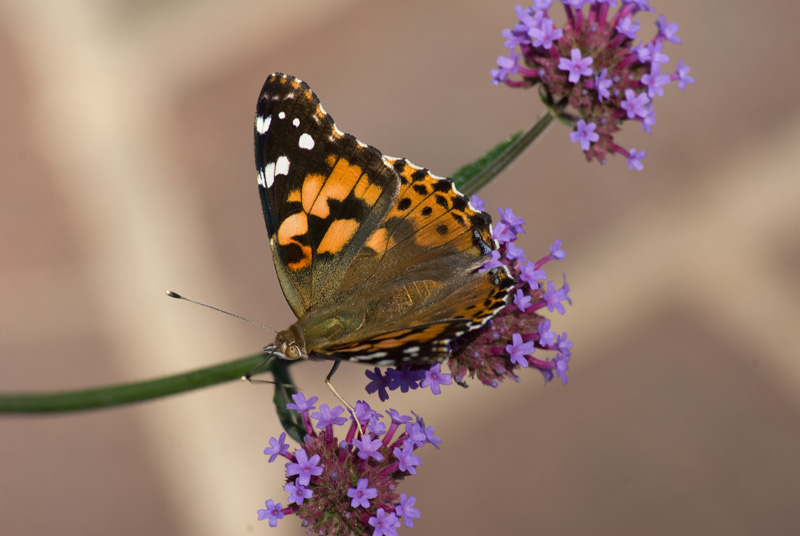 The only reason I knew the name of the small, white (and very hard to photograph) Cabbage White is because of an excellent resource for butterfly identification: Butterflies and Moths of North America. You can look up your state, see what butterflies have been spotted in what county and then click through for pictures and more detailed identification information.

Returning to the Garden, the water lilies are in full bloom, which means, of course, dragonflies. 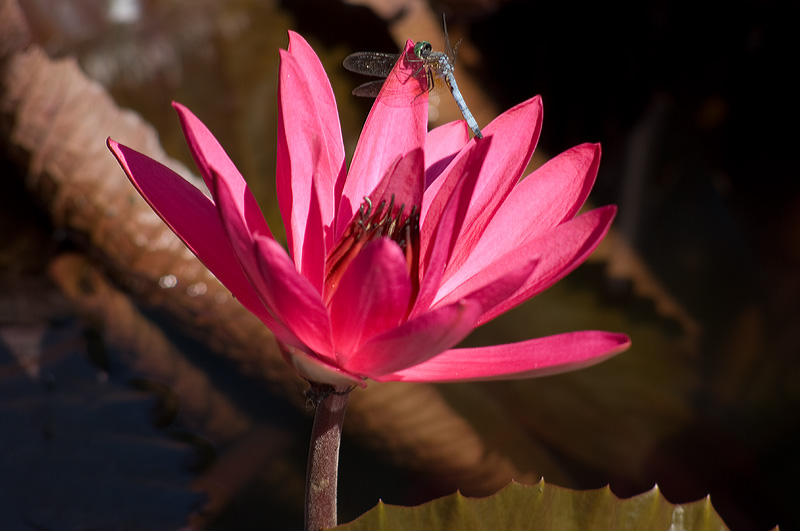 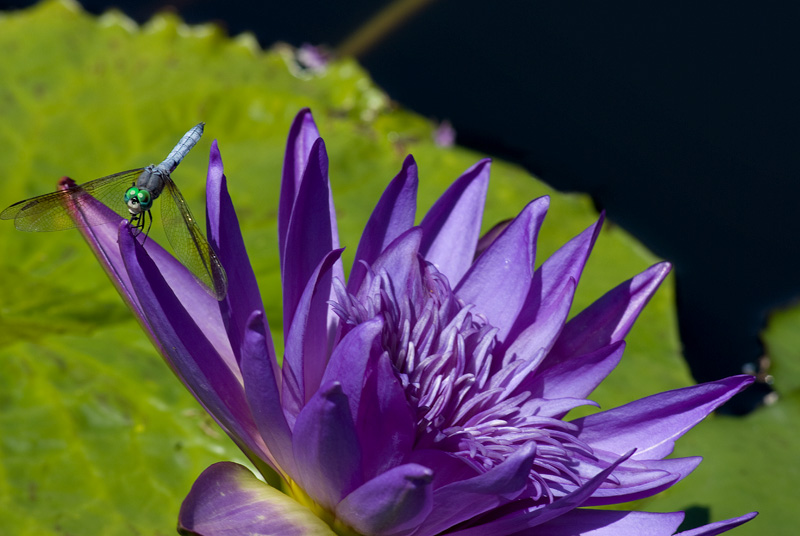 Tonight I walked longer than I normally do and ended up going to my library at a later time. Driving back, the neighborhoods were getting dark and I could see the fireflies out and about in the bushes.

Just past the odd house with the stone fence, but before the miniature castle, one of the fireflies headed into my car from the front and I hit him. Normally hitting bugs is not something I worry about, unless it’s a butterfly or moth; but fireflies seem such gentle creatures, and provide so much enjoyment. I’ve always appreciated how they hover about you as you stand near them, as if they’re curious, but unafraid, of this big monstrosity.

Another block, and more fireflies appeared in front of me. I couldn’t avoid them; only catching a brief glimpse of their bright neon-green light before they’re smashed against the metal (well, plastic) of my car.

The next block and it seemed as if I had a stream of fireflies heading towards my car; I can only guess they were attracted, or confused by, the lights. Each bravely flickered its butt in one last exaltation of light before throwing itself in a frenzy of hopeful lust to a very quick, and very sure, death.

When I got home, I contemplated the orgasmic remains of the tiny, now dark creatures on my bumper and thought that all things being equal, it wasn’t a bad way to go.

I spent several hours this afternoon at the Botanical Gardens, which is becoming my typical Easter activity. It was a really terrific day, still cold, but pleasant when wearing a jacket over a flannel shirt. It was sunny, but with clouds, which can make the best pictures. I went later, when most people have gone home.

I managed to catch my second bee picture of the year. What was cause for concern is he was the only bee I saw my entire trip. 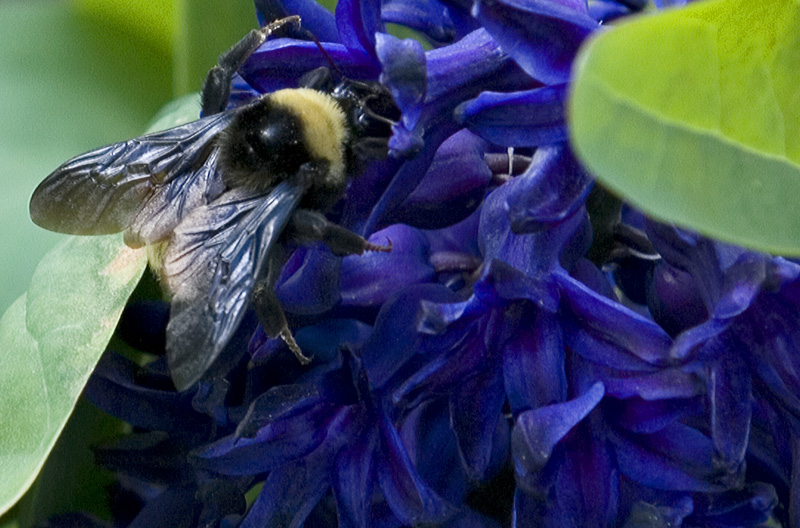 I also decided to get a couple of landscape photos, show some of the architecture of the place. The first is one of the administration buildings–a lovely brick with classic lines. The second is Tower House, where the Garden’s founder, Shaw, used to live.

The maze in the foreground of the second picture is tall enough for most people not to be able to see over the top. 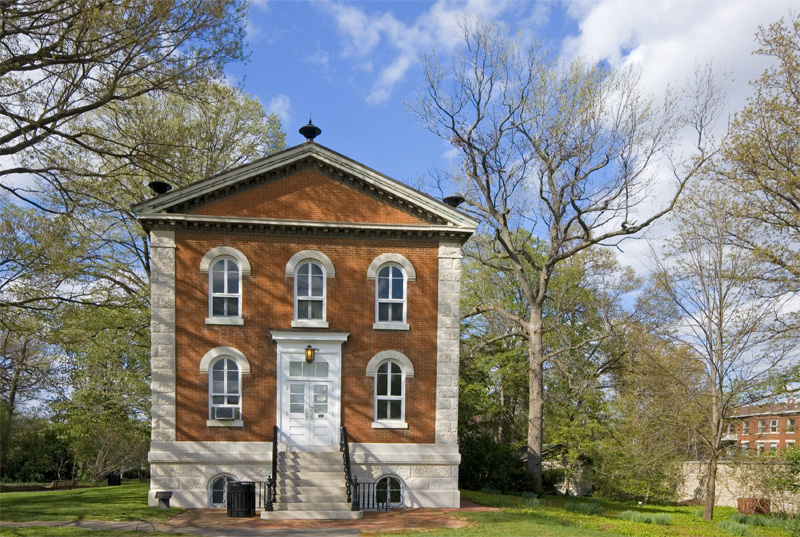 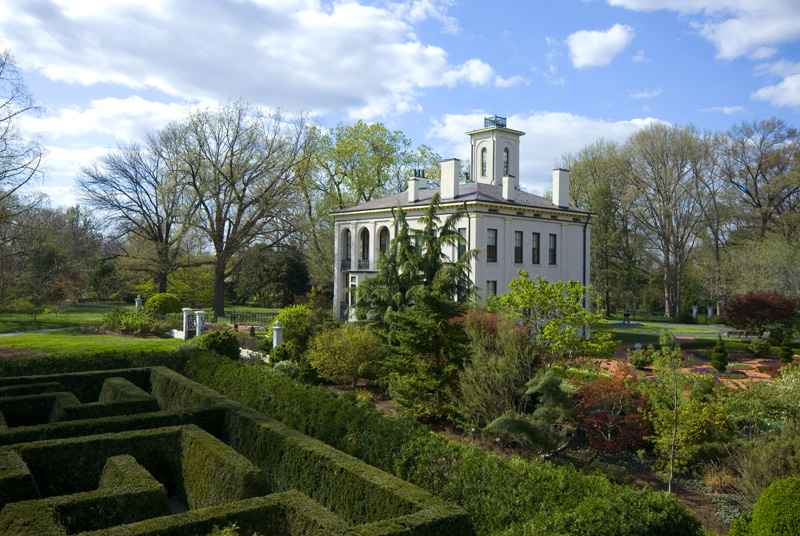 The Garden was at the end of its spring blooming season, with crabapple and Kanzan cherry trees at peak. 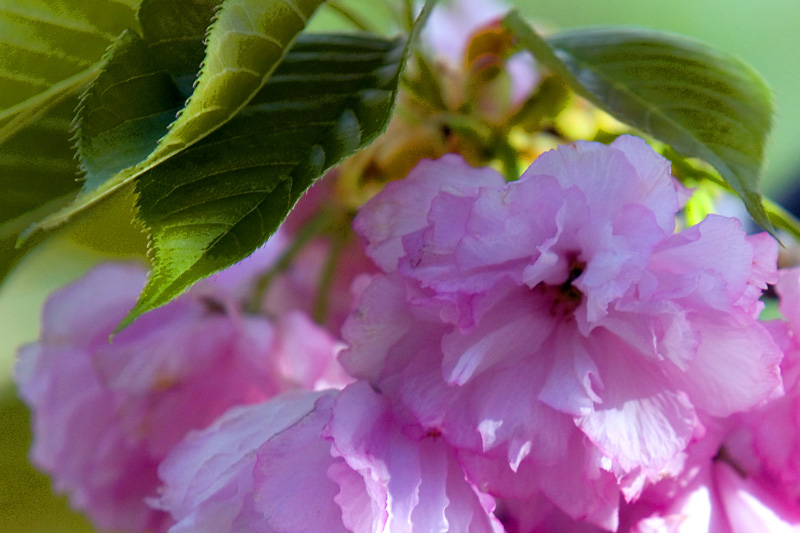 I was surprised to see bluebells. That was the oddest thing about this season–very early spring flowers are still in bloom, though the late flowers, like tulips, are almost gone. 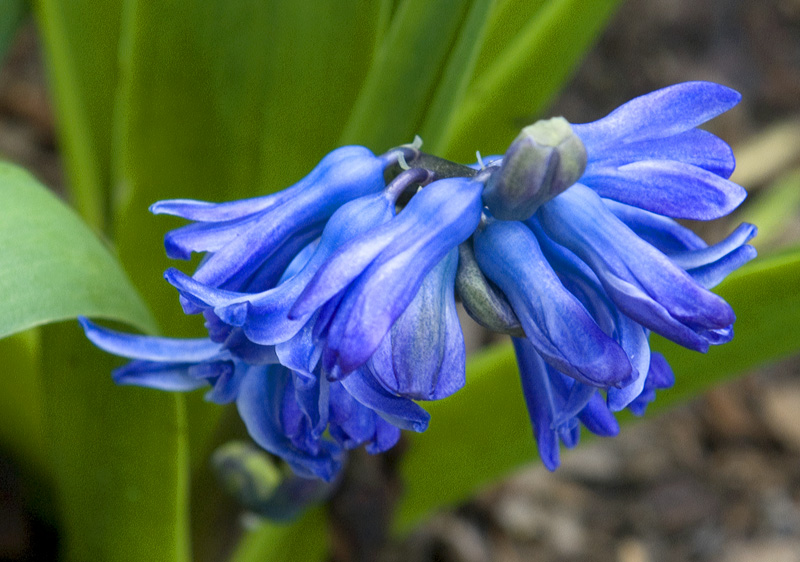 Unfortunately, due to the record breaking highs, followed immediately by several days of hard freeze, most of the garden’s fruit trees were loosing their buds. The latest report on the impact of this weather is that Missouri and Illinois have lost anywhere from 50% to close to 100% of this year’s crops for some varieties of fruit trees, winter wheat, early corn, and much of the wine grapes.

It’s been a devastating spring for this area. 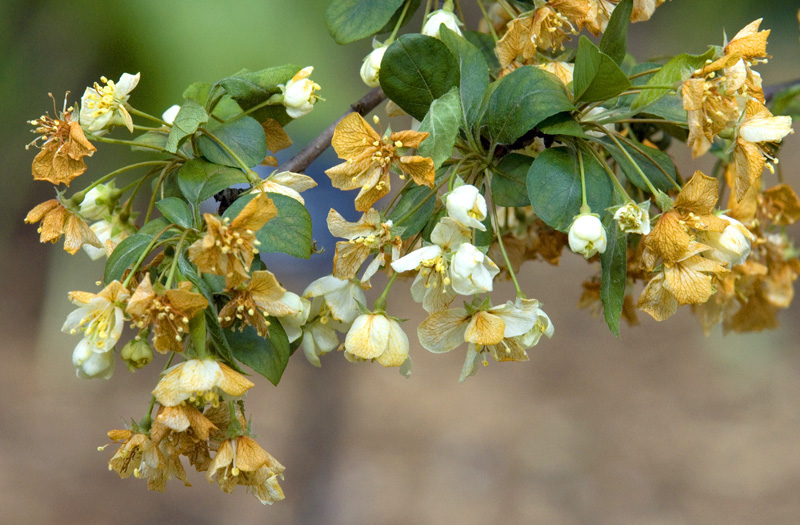 I chatted with another photographer at the park, a gentleman from Michigan. He mentioned how the colds we were suffering don’t impact on their fruit trees and plants, primarily because the weather doesn’t fluctuate so much. The Great Lakes help maintain a consistent temperature in the surrounding areas: cold in winter, mild much of the rest of the year.

I’ve decided to make the “Lake trip” later this summer, because I’m not sure I can handle a Missouri August this year. 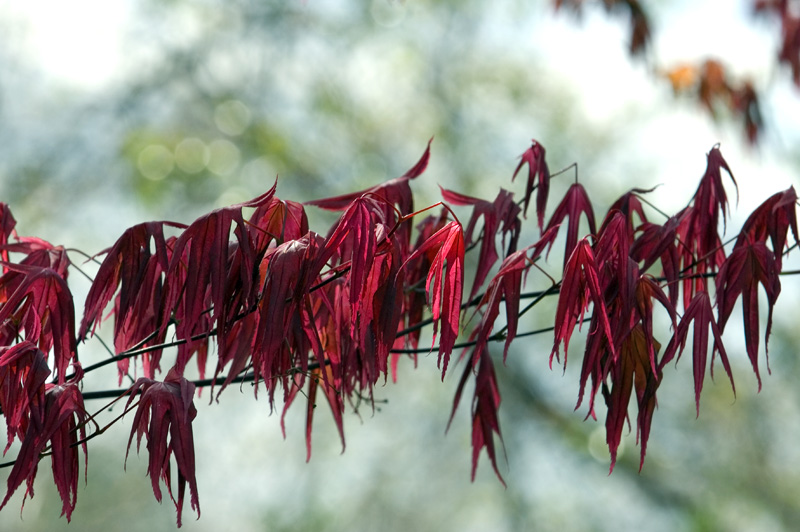 No matter what the circumstances, the Gardens are, and remain, beautiful–thanks in part to the critters, including this handsome grackle. Still no picture of my fox, though. Someday. 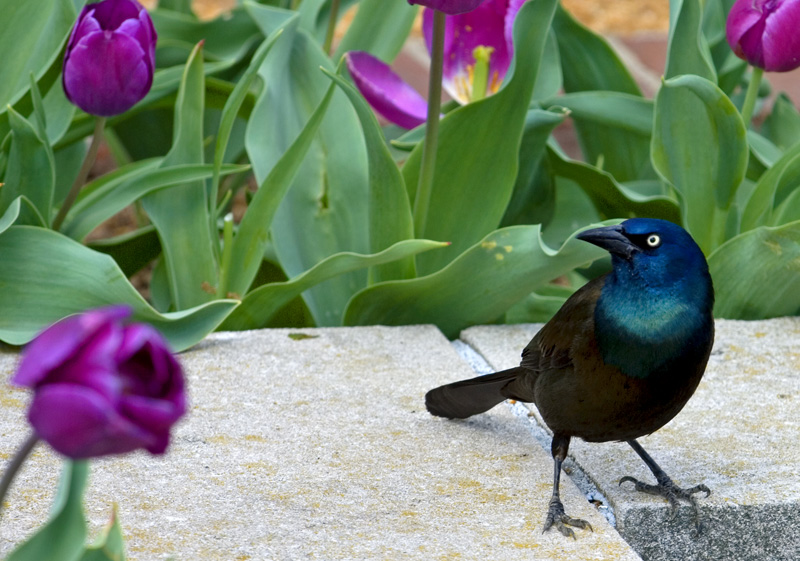 The dogwoods in the rhodie garden were disappointing, another tree impacted by the weather. However, this lovely Dicentra spectablis was still in excellent form. This is a flower that needs a closer look, as it’s much more complex than would seem from a distance. 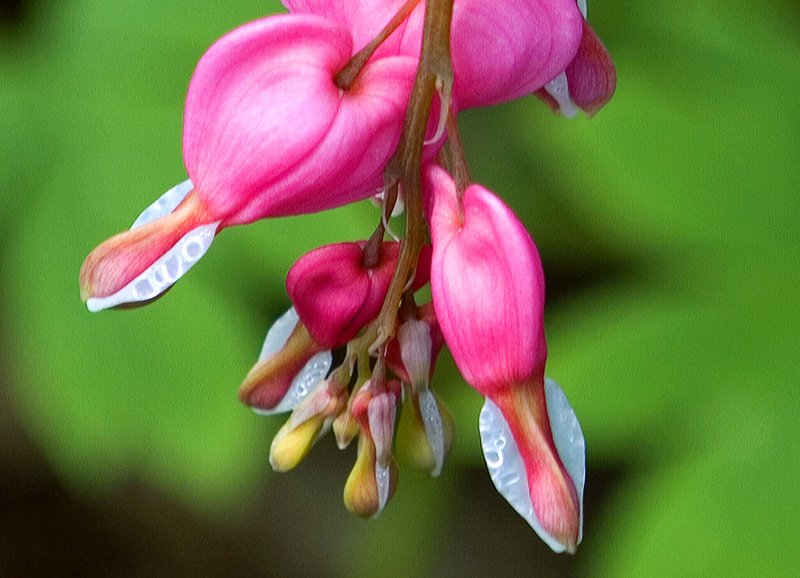 I actually managed to capture a picture of a raptor overhead. It’s not perfect, but you can see the details of its head and feathers. Lovely bird, death to the poor finches, though. 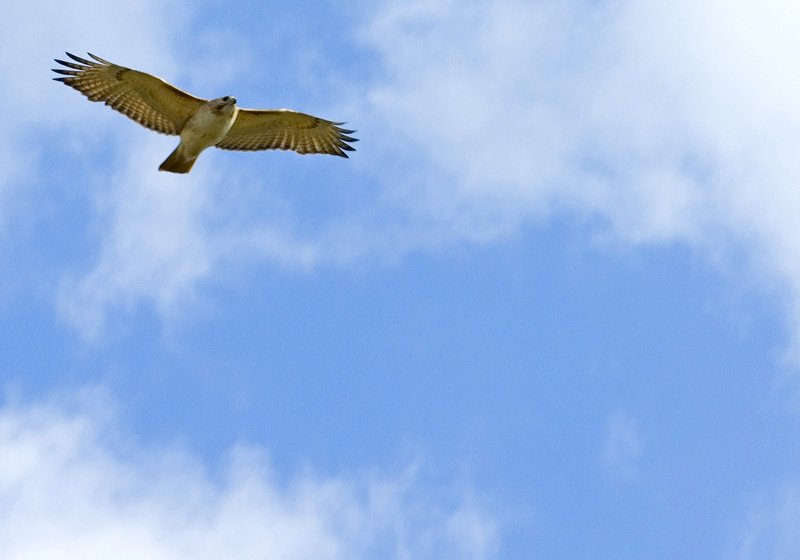 My favorite shot from today (other than the building photos) is of this lovely tulip, still in excellent shape. 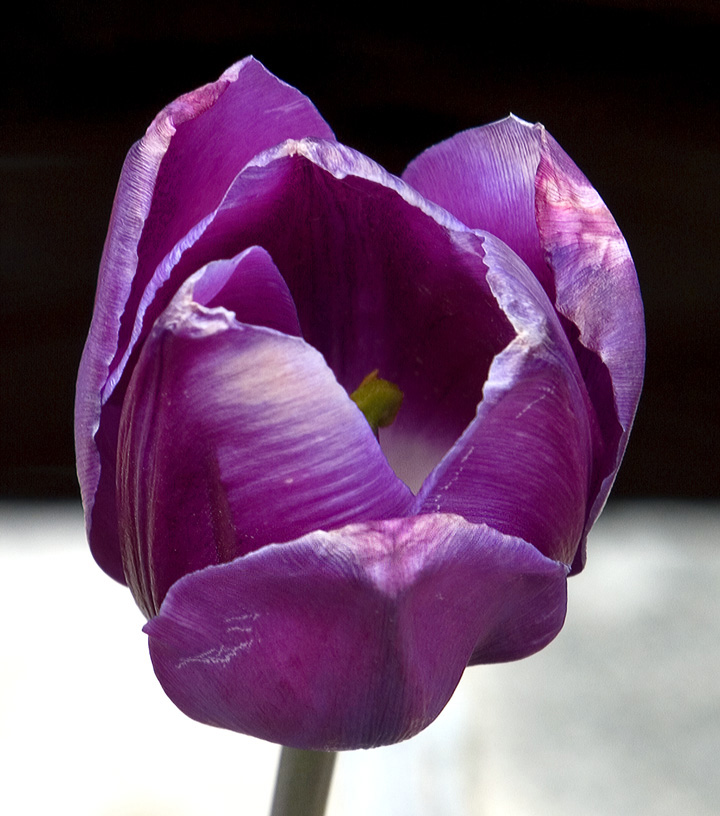